Only about £12 each on the usual sites 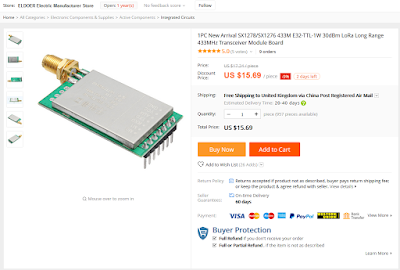 With most electronic equipment shipped from overseas, the specifications are usually quite 'optimistic' so I wasn't really expecting 1 watt from them. Especially as the 100mW version looks exactly the same. But they really do put out around 1 watt. 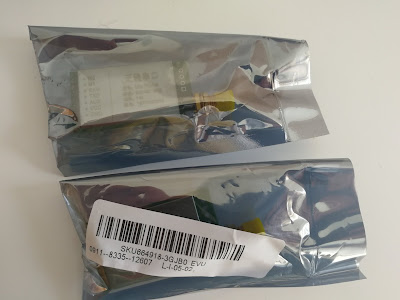 They fit nicely inside a Choc Box once you cut out the bit which is supposed to go through the terminal block. The cable is a USB to TTL serial adaptor, they were less than £1 each.
The power is supplied from the USB cable (red wire), with the current on transmit 670mA (I couldn't actually measure this using a USB tester, maybe the quick variation in transmit power confused it).
Although they draw quite a high current from the USB port, I had no trouble using them on a PC USB3 port and my phone's USB-C connector (through an On The Go cable). 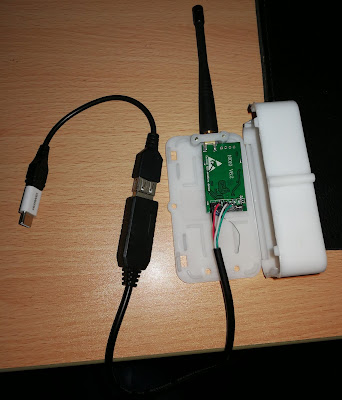 Programming software. These settings are for the highest power output and slowest transmission rate (greatest range). There are 65536 addresses available, but #FFFF can be used as a broadcast address. 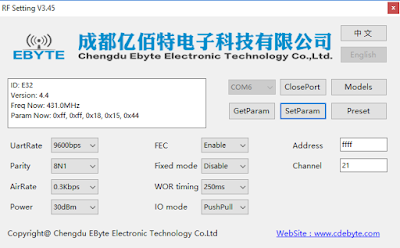 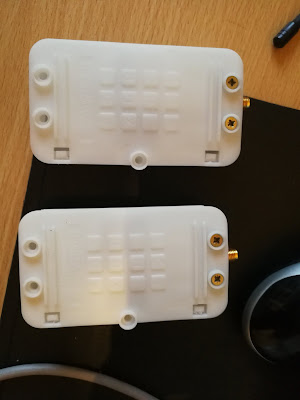 Only 1 MHz channel steps are available, and the transmission is 125 KHz wide, centrered on the MHz. 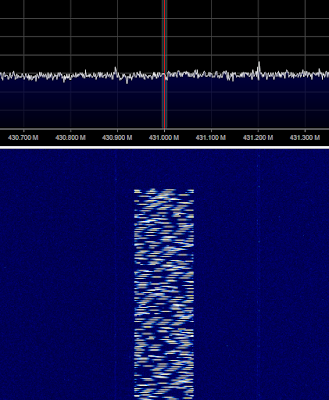 How far do they go? LORA is supposed to work with very weak signals at the lowest transmission rates. I connected one modem to the car antenna and the other to the base antenna on my chimney. The data I transmitted came from an Android App on my phone APRSDroid and was received by APRSIS32 in Windows.
To these applications and the APRS internet servers, it looked just like I was using packet radio TNCs and the normal APRS frequency (in the UK) of 144.800 MHz. 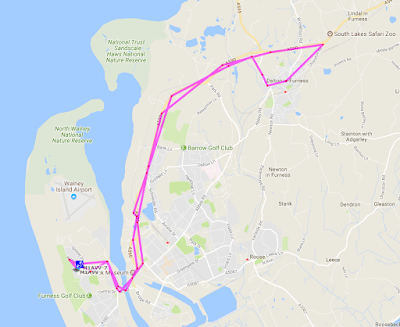 Transmitting at least once every 2 minutes, I drove to a point over 8km away. At this distance there was no line of sight. It even worked in Dalton town centre, behind a hill. Over the route there were only 2 locations where the signal was lost, see the Xs on the map below These locations are at the back of a hill, I would have expected it to be worse in the town centre than there but at least I know where to test in future.
Range would have probably been well over 8km if I'd carried on further east along the A590.
These are good results for 1 watt, probably as good as 10 watts on VHF APRS using normal 1200 baud packet radio.

This would be interesting as a weak signal mode when propagation is good on UHF. Using terminal software you can just type and they transmit, much like PSK31 but with error correction.
Posted by M1AVV at 21:26

Thanks for blog. We offer body massage in Jaipur to provide well spa and body massage services. We spread our services mainly in three cities- Jaipur, Ajmer and Dehradun. we have a professional and well-experienced team for Our customers that would give quality service to our customers. If you are feeling stressed and exhausted then you have surely come to this place and it would make your body fully relax. If you have any queries about our services then you are free to contact us.