I tried the E32-TTL 1 watt 70cm LORA module a bit further away from home, again using APRS software to send the position to the internet.
The location I tried first was some high ground just off the A65 to the west of Settle (grid reference somewhere around SD786669) on the narrow road above the Austwick TV mast. This has a good take off towards the west.
Instead of the mobile antenna I put a short antenna directly on top of the module and taped the thing to a mop handle so it could be as high as possible while operating. This also gets rid of any coax cable loss. 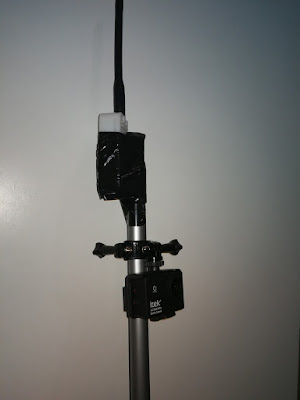 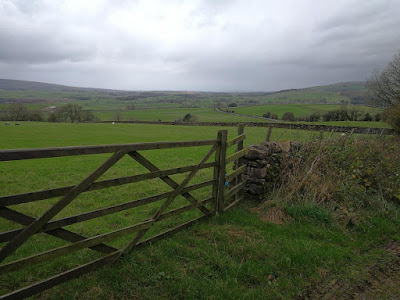 View to the west from near Settle 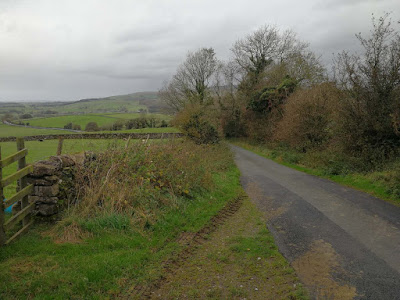 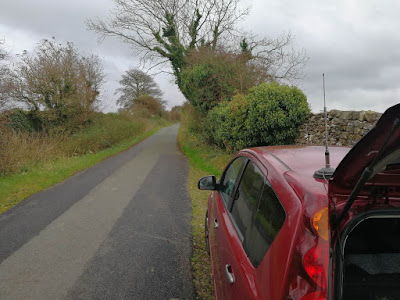 But did it work? Yes it did, at a distance of 37.7 miles (60.7km), with more than one transmission being received as I moved around the parking area. 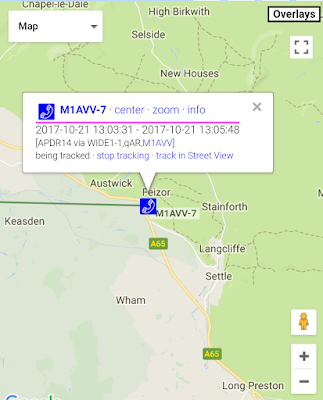 My next experiment was to compare the performance of the LORA module against normal 1200 baud packet radio using an FM mobile transceiver.
Using the same antenna as in my last blog post (it's a small Moonraker dual bander, about 40cm long, on a mag mount), I transmitted APRS beacon messages from my Yaesu FT-8900 on its 20 watt setting. The frequency was the same as I had used for the LORA test. 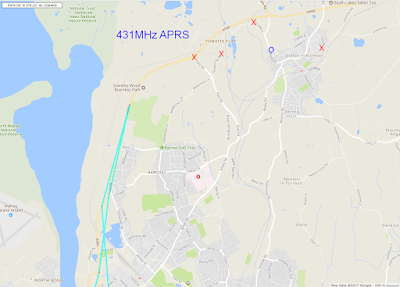 See the results of the LORA test below 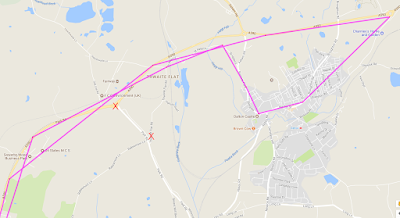 Result? A lot worse than the 1 watt LORA transmissions. Because the car APRS tracker has no logging function, I could only guess where any failed transmissions were from. I know that it beacons every 110 seconds so I've put red Xs in rough locations of where it should have worked but didn't.
The blue O shows where it actually worked but no location was sent (my tracker is programmed to send some other information every few beacons instead of the location). I had stopped the car there, which would have helped as I wouldn't have been passing through any multipath dead spots while transmitting.
So with 13dB (20x) more power on the same frequency, traditional packet radio is still worse than LORA when used mobile. Even if you compared VHF packet with UHF LORA, I don't think 20 watts VHF (to a 0dB gain antenna like the Moonraker) would get much further than 1 watt UHF.

And here is Dales Radio's Ingleton antenna (103.0 MHz), covering the area further west of Settle, with Settle itself on 104.9 MHz. 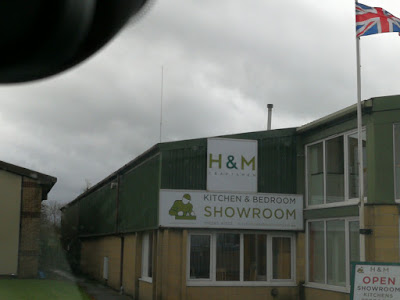 Really like what you are doing there. I am interested in Lora for ham usage since a while and today i ordered the first of (2) E32-TTL-1W modules. I am amazed you driving the module directly via aprsdroid. Great!
I will subscribe to your blog and following your progress.
73 de Frederik, DO9FM