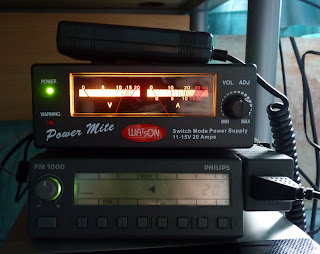 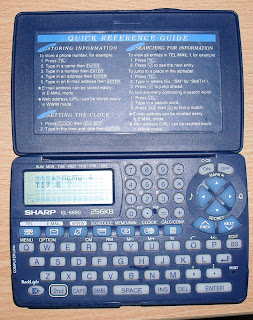 The Sharp EL-6890 databank, which I've been using for logging while out portable, is starting to lose parts of its LCD display. This might have something to do with being used out in the rain yesterday. I like this one because it starts up instantly, has a display which can be readable in sunlight (and has a backlight) and has a full qwerty keyboard with numbers. It's as easy to use as switching on, typing something and pressing enter to save the record. There is a serial port on the side using a 2.5mm jack socket but the supplied software doesn't let you do anything with the data except make a backup copy which isn't readable on the PC. There are other applications available which let you view the data, such as EL-Link and XLink but I've just typed the contacts into other software by hand.
The data cable works as a programming cable for the Icom IC-E91 handheld though.
I've had this for nearly 9 years and used it on hundreds of SOTA activations. This sort of databank is becoming obsolete because of mobile phones which all have some kind of address book and often a notepad. But the problem with phone keypads is that even with a QWERTY one like on my Nokia E63, it's hard work typing something in like a callsign because the numbers are on letter keys, so it takes a lot of shifting between letters and numbers.
I used XLink to export the contents of my EL-6890 to a .CSV file. 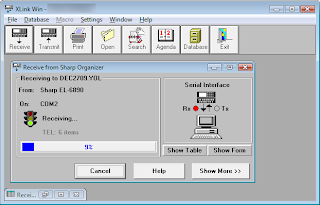